If you’re familiar with the game Love Live: School Idol Festival’s Medley Festival events or Idolm@ster: Cinderella Girls Starlight Stage LIVE GROOVE events, then this event should be pretty easy for you. However, there are some key features that you’ll need to pay attention to if you plan on tiering for future Encore events.

Every player starts out at Fes Lv. 1 and the maximum Fes Lv. is 20. We’re able to raise this by surpassing the target fan count! There are a lot of things that are important influence this. For the earlier levels, try to B Rank/A Rank combo and reach an S Score (or at least an A Score) to reach beyond the fan count and reach a higher Fes. Lv! Additionally, maxing out your target costumes will allow you to raise the Festival Level faster.

Let’s try to focus on another way to raising our Fes. Lv! Sorting our setlist! 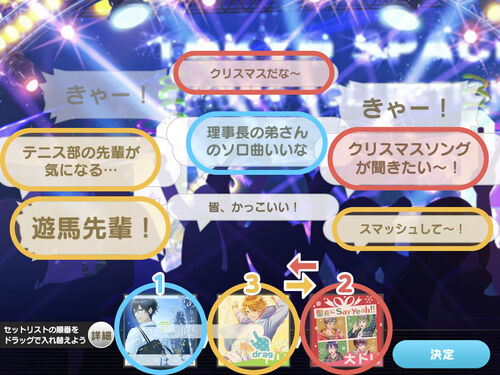 This is an example of what your setlist will look like! You’re given three songs and you must sort them depending on which song is being cheered on the most from least to greatest. In this example, Momota’s character song is being cheered on the most so you’d place the song in the third slot. The event song from the "Miracle of Christmas Eve" event only received two, so it's placed in the second slot. Masaomi’s character song only received one cheer so he’s remaining in the same slot. 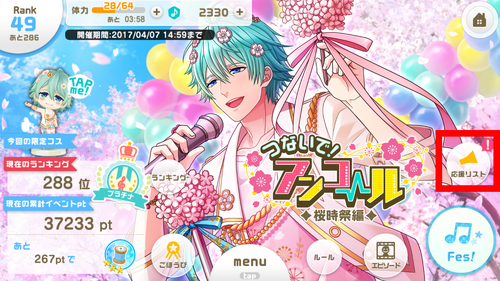 All the way to the right is our Cheering List! Here we can use our Cheer Points that we gain from our festival performances. The maximum amount of Cheer pts you can have is 6! Playing 3 songs will give you 3 points, however, using the 2x function will give you 6 Cheer pts immediately. 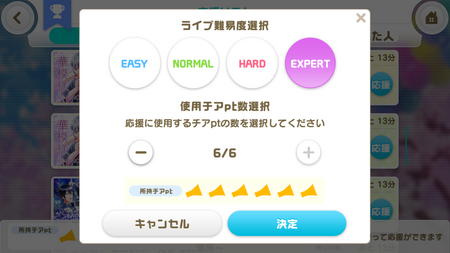 Retrieved from "https://boykira.fandom.com/wiki/Encore_Events?oldid=1861"
Community content is available under CC-BY-SA unless otherwise noted.